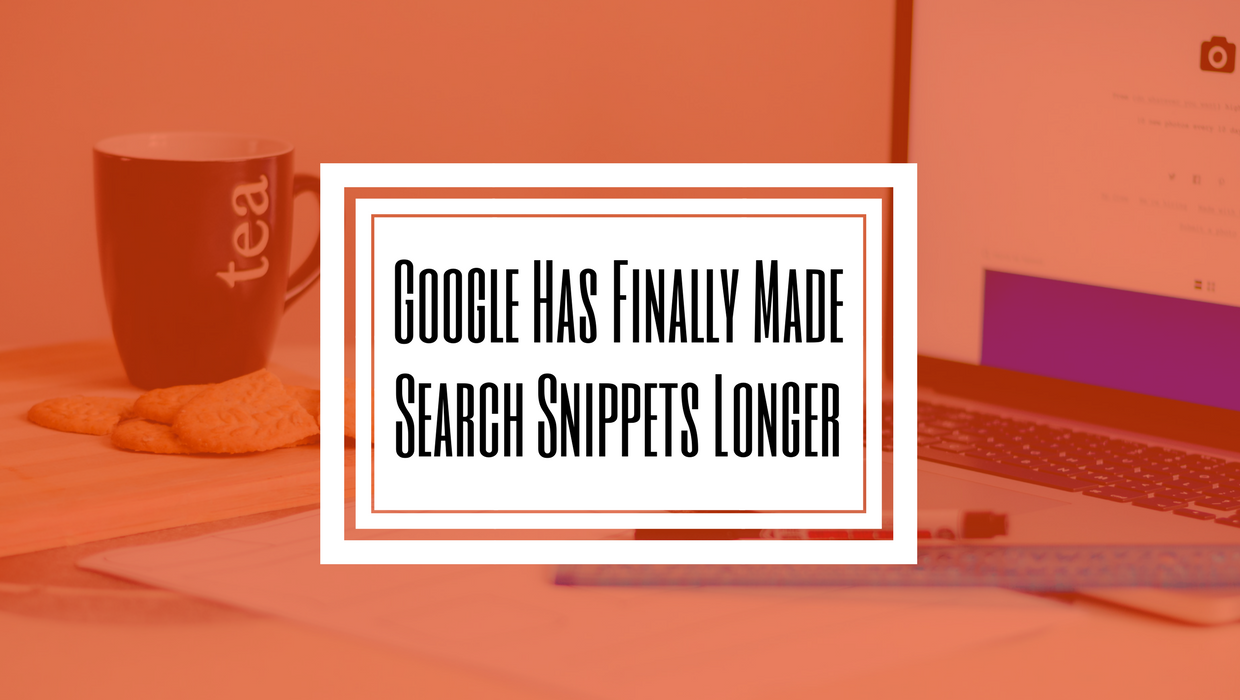 For the past few years, Google has limited their search snippets, the little bit of text that appears below the URL in organic search results, to around 160 characters. While there were a few instances of Google allowing longer snippets, they’ve only recently raised the character count. Here’s why Google made this leap and here’s what it means for site owners.

Google is notorious for not announcing or explaining their algorithm changes. They certainly changed the snippet length out of the blue, but Search Engine Land was able to get an answer out of them as to why.

A Google spokesperson told them:

“We recently made a change to provide more descriptive and useful snippets, to help people better understand how pages are relevant to their searches. This resulted in snippets becoming slightly longer, on average.”

Reports have shown that Google search results snippets are now almost double in length. Originally snippets were limited to around 160 characters, though there was some range. Now the snippet length is almost 230-characters on average.

There may be some range in the length though. Videos seem to have shorter character limits, with most being cut off under 200 characters. Some snippets are even as long as 275-350 characters.

Meta descriptions are little snippets that summarize a pages’ content. It’s essentially the little snippet you see in Google SERP. But now with this change, it seems that Google is rewriting these descriptions, ignoring the meta tags site owners manually put in.

Don’t let this have you believe meta descriptions don’t matter though. Google often changes these snippets by adding a few extra words or a period. Or at most they take a chunk of text from somewhere else on the page. The instances where Google aggressively changed meta descriptions happened when the original description was too short or lacking enough detail.

It’s impossible to know if and when Google will roll out the next set of changes. Right now it seems pretty safe to experiment with longer meta descriptions. 300 characters is a safe bet to aim for, although there is more wiggle room now. Snippets should still be carefully crafter though, and not overstuffed for the sake of reaching the new character count. But don’t feel like you need to go back and lengthen past descriptions. Google does a good job of pulling out more information when needed. Instead, focus on crafting well thought-out and longer snippets for newer posts.

If you want to learn more about SEO feel free to contact us!