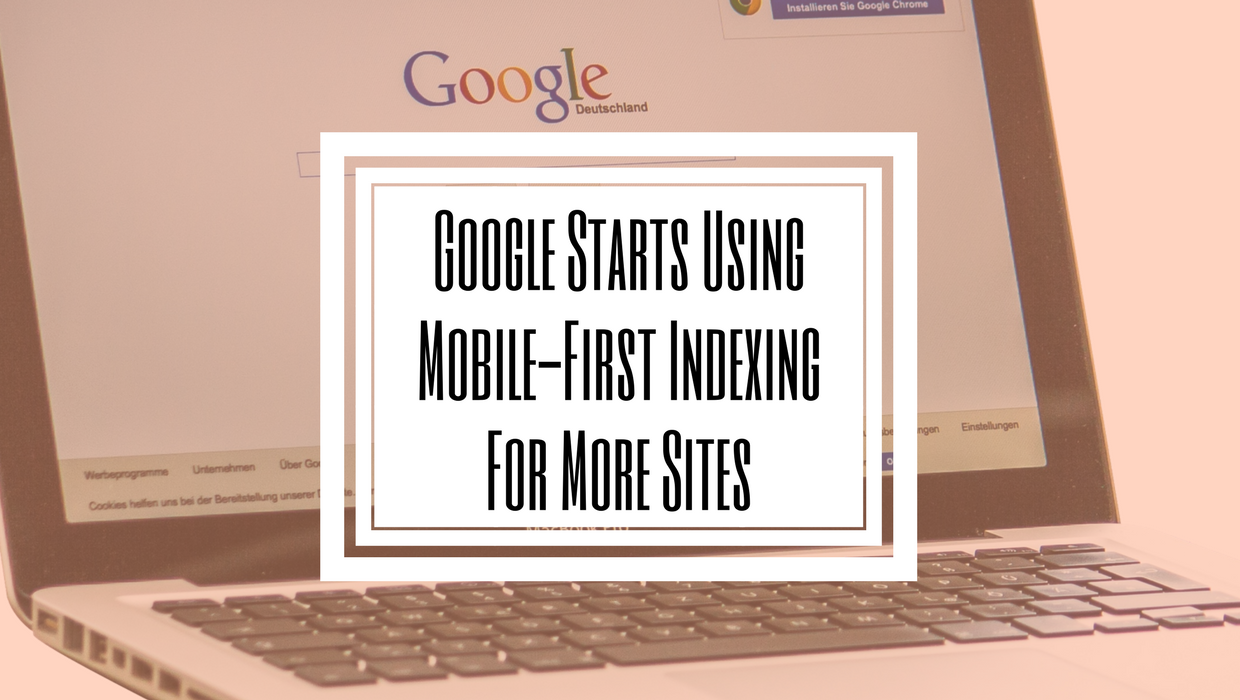 What Is Mobile-First Indexing?

In the past, Google sent bots to crawl desktop versions of websites. But now that more than 50% of all time spent on the Internet is on mobile devices, Google is shifting its focus. While they’ll only have one index per site, now the company crawls and creates that index will be based on the mobile site experience.

To recap, our crawling, indexing, and ranking systems have typically used the desktop version of a page’s content, which may cause issues for mobile searchers when that version is vastly different from the mobile version. Mobile-first indexing means that we’ll use the mobile version of the page for indexing and ranking, to better help our — primarily mobile — users find what they’re looking for.

If you’re wondering how your site will be indexed Google said they would notify webmasters/site owners via Google Search Console. Site owners will begin seeing an increased crawl rate from the Smartphone Googlebot. Google will also start showing the mobile versions of pages in the Search results and Google cached pages.

What Does This Mean?

Simply put, this new update means that if you don’t have a mobile-optimized version of your website yet you need to get one – ASAP. Websites that are not mobile-friendly have effectively begun to be removed from the search results. Over 50% of users browse on mobile devices now and companies need to begin catering to that if they want to thrive.  If you want to learn more about mobile-first indexing or need help creating a mobile-friendly version of your website, we can help. Contact us today to get started.