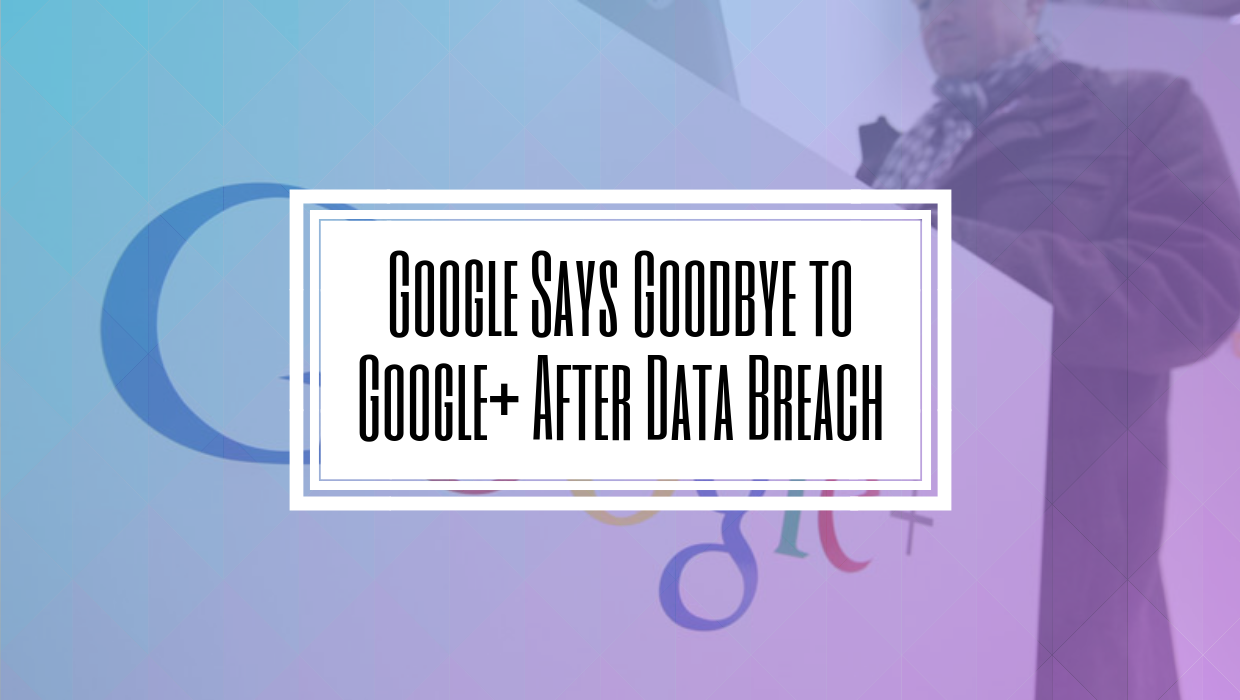 After seven years, Google is finally calling saying goodbye to Google Plus.

For many people, this is a decision that should have been made years ago. Google+ was launched back in June 2011. It was Google’s attempt to mine Facebook users. While it’s laughable now to think of Google+ as any real competition to Facebook, at the time Mark Zuckerberg took it seriously and even institutionalized a company-wide lockdown.

But while the numbers were impressive, engagement was low. And it stayed that way. It wasn’t long before people were calling it a “ghost town” and they weren’t wrong.

For years people wondered why Google didn’t just call it quits. It was clear that Google+ was not the company’s answer to Facebook. Now seven years later they’re doing just that- but it’s not because they’re finally willing to admit it’s an epic failure.

Google is poised to have their Cambridge Analytica moment. A recent report revealed that a security bug allowed third-party developers access to Google+ users profile data since 2015. Google only discovered and patched the issue in March.

The bug itself isn’t too damning, after all, what valuable data lives on Google+? Google’s decision to not inform users is the real issue. According to an internal memo, the company reportedly decided against informing the public because it would lead to “us coming into the spotlight alongside or even instead of Facebook despite having stayed under the radar throughout the Cambridge Analytica scandal”.

Had Google owned up to the breach, users likely wouldn’t have cared long-term. The Cambridge Analytica scandal was so powerful because users’ data was used maliciously. But their failure to be transparent now has users asking questions about a number of other controversial practices by the company such as them launching a censored version of their platform in China.

While this data breach is the nail in the coffin, Google also embarrassingly admits that Google+ was over long before this.

“This review crystallized what we’ve known for a while: that while our engineering teams have put a lot of effort and dedication into building Google+ over the years, it has not achieved broad consumer or developer adoption, and has seen limited user interaction with apps. The consumer version of Google+ currently has low usage and engagement: 90 percent of Google+ user sessions are less than five seconds.”

Google stated that Google+ would fully shut down by August 2019, giving users time to download and migrate their information.

The end of Google+ has been a long time to come, only prolonged by the deep pockets and stubbornness of Google. But what this debacle shows users is that there is still a long way to go in terms of data privacy and transparency surrounding the tech giants that rule our lives.