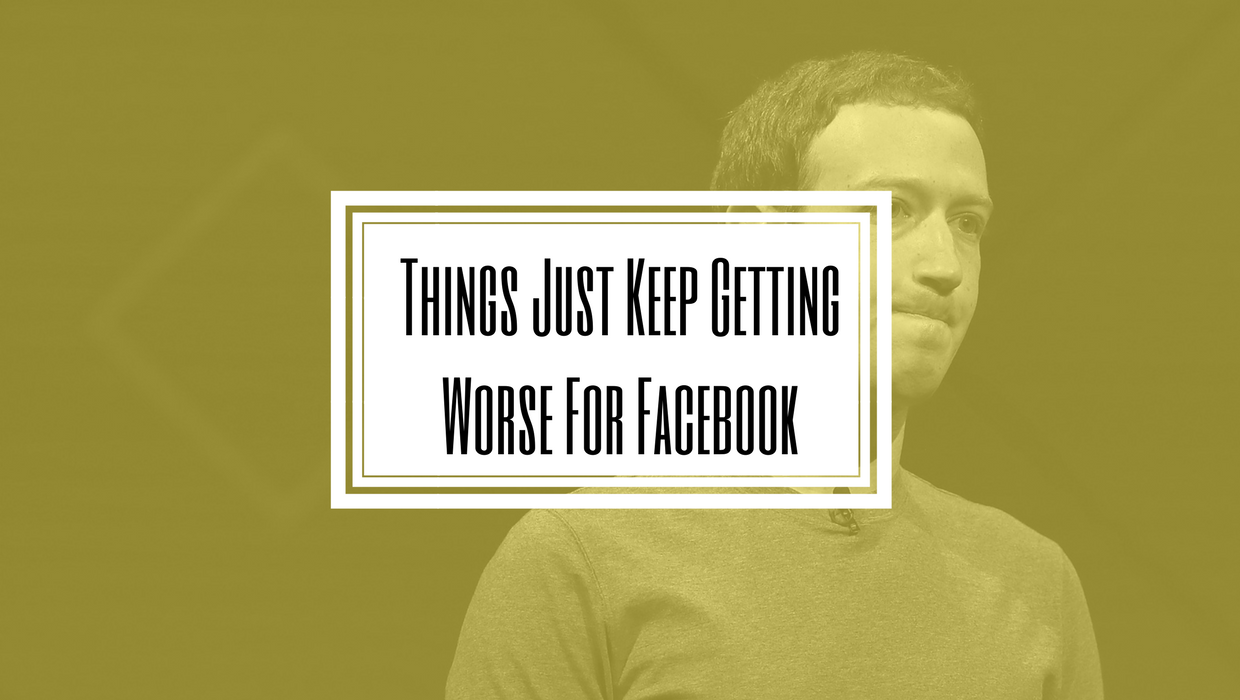 The scandal surrounding Facebook isn’t showing any signs of stopping.

This week there have been multiple revelations and changes happening at Facebook. If you’re having trouble keeping track of it all, don’t worry you’re not alone. Here is everything that has gone down this week so far.

The data breach from Cambridge Analytica is even bigger than initially reported. It was previously reported that around 50 million users had their data accessed by the company. On Wednesday, Facebook said that up 87 million people were actually affected. It’s likely that the number is even higher.

Mike Schroepfer, Facebook’s chief technology officer stated, “In total, we believe the Facebook information of up to 87 million people — mostly in the US — may have been improperly shared with Cambridge Analytica”.

To make things worse, as millions are still grabbling with the fact that their Facebook data was shared with third-party companies without their consent, it was revealed that Facebook has a two-tier privacy system. Facebook CEO Mark Zuckerberg and other executives have the ability to use ephemeral messaging features.

This messaging system acts like Snapchat, deleting conversation after a set period of time. It is vastly different from the general Facebook, which collects and stores everything users do on the platform. This is particularly shocking since users discovered Facebook had stored videos they had never even posted on the site.

This news might not have been so scandalous if it hadn’t come on the heels of the Cambridge Analytica scandal. Instead, it just further reinforced the idea that Facebook, and Mark Zuckerberg in particular, don’t have any rules, at least not any that they have to follow.

The US Food and Drug Administration (FDA) sent out warnings to tech giants such as Facebook, Google, Reddit, and Yahoo to crack down on online pharmacies trying to sell opioids on their platforms. The US and Canada are currently going through an opiate epidemic, with the fentanyl overdoses killing more people every day.

FDA Chief Scott Gottlieb said, “Internet firms simply aren’t taking practical steps to find and remove these illegal opioid listings.” Tech companies have been reluctant to begin policing online narcotic sales though, fearing it will open a floodgate of having to police everyone on their platforms or opening them up to liability lawsuits if they miss any illegal sales.

Facebook’s ban on tobacco ads hasn’t stopped tobacco and e-cigarette companies from using the platform to promote and sell their products. This includes children under 18. A study done by Stanford University researchers found that the industry is taking advantage of Facebook’s lax rules to hook a new generation on tobacco.

Facebook officially has several policies in place to ban tobacco on their platform, such as, “ads must not promote the sale or use of tobacco products and related paraphernalia.” But it doesn’t take more a simple search to find tons of pages (with thousands of likes and followers) hawking tobacco and e-cigarette products.

These companies are able to exploit Facebook’s policy loopholes by creating free pages for their products that aren’t technically ads. Many aren’t even put under an age-gate to prevent children from accessing the pages. Facebook just isn’t doing enough to proactively filter out these types of pages.

In an effort to self-police ahead of government regulation, Facebook has announced some new measures to fight fake news and election interference. The platform will now require ID verification for the admins of popular Facebook Pages and advertisers buying political or “issue” ads that are on “debated topics of national legislative importance”.

For those that don’t comply with the new security measures, are found to be fake, or are trying to influence foreign elections, there will be consequences such as preventing their pages from posting and blocking their ads.

More answers about Facebook will likely be answered soon. Mark Zuckerberg announced he would testify in front of the US government. He is set to testify before the US Senate Judiciary and Commerce committees on April 10th. He is also set to appear before the House Energy and Commerce Committee on April 11th.

To say Facebook is having a bad year is a severe understatement. They’ve been bouncing from one scandal to the next. There’s a high probability that more scandals are coming, especially once Zuckerberg testifies. Now we wait and see.