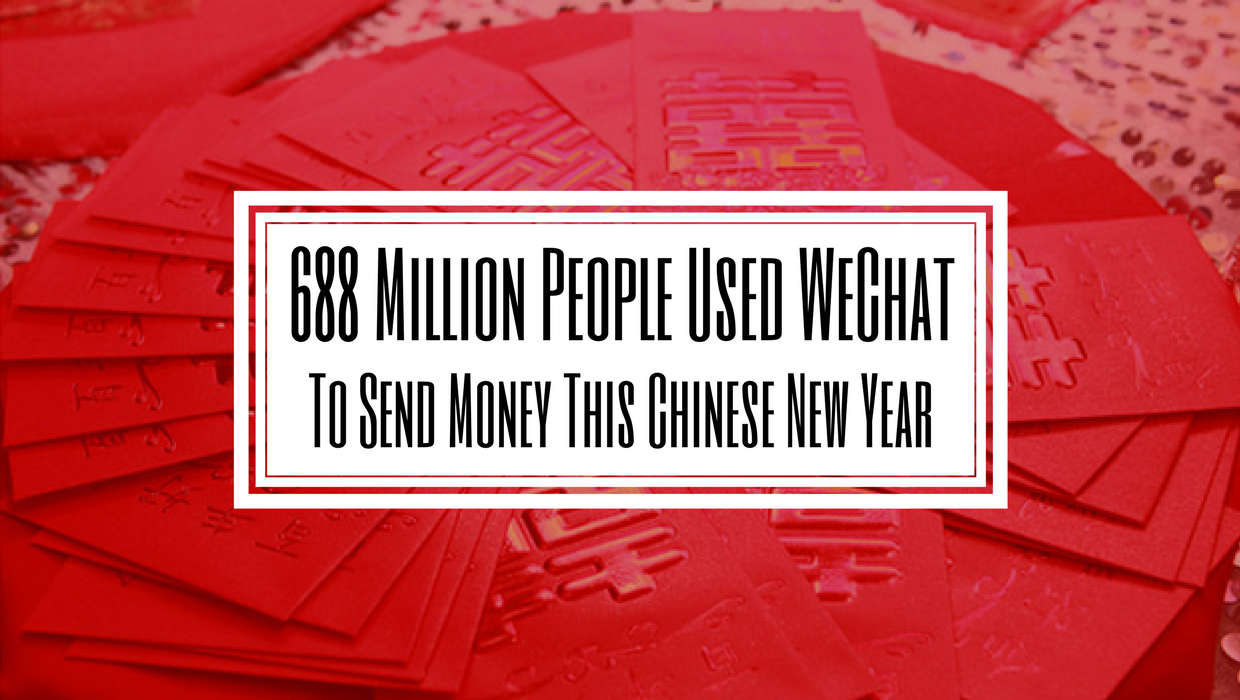 It’s not even a close call on which Chinese social media site is the most popular. WeChat has on average over 902 million active daily users. This app is used for almost everything from shopping to communicating with friends and family.

This year WeChat was also how a large portion of China sent red envelopes, called lai see in Cantonese or hongbao in Mandarin. It’s tradition in China to give red envelopes during holidays, especially Chinese New Year. But as more families are spread across the globe giving these red packets in person isn’t always possible.

Instead of traditional bank transfers or physical red packets, 688 million people opted to use WeChat to send hongbao on February 15th, which was Chinese New Year’s Eve. 15% more people used WeChat’s hongbao feature this year compared to previous years. Most of the people using the service were located in the cities of Chengdu, Chongqing, and Beijing.

Over 95% of Internet users browse on mobile devices in China. It’s not surprising with a mobile user heavy population, and WeChat dominating the time spent on the Internet, that it was the preferred electronic method of sending money this holiday. In fact, it’s become so popular that it turned into a game to see who could open them the fastest.

Here are some interest data about WeChat usage for Chinese New Year’s Eve 2018 according to the company:

Western social media sites such as Twitter, Facebook, and Instagram currently lack the ability to send money in this manner. Apple Pay and Venmo are the closest apps that have this feature, but they aren’t as popular or as heavily used. Still, this high number of users on WeChat goes to show the power of social media and how traditions are being adapted to fit the modern times. It can only be expected that the number will be even higher next year.

Expand Your Audience with WeChat Marketing

Contact us to discuss how we can help you grow your business with our Chinese social media marketing services.