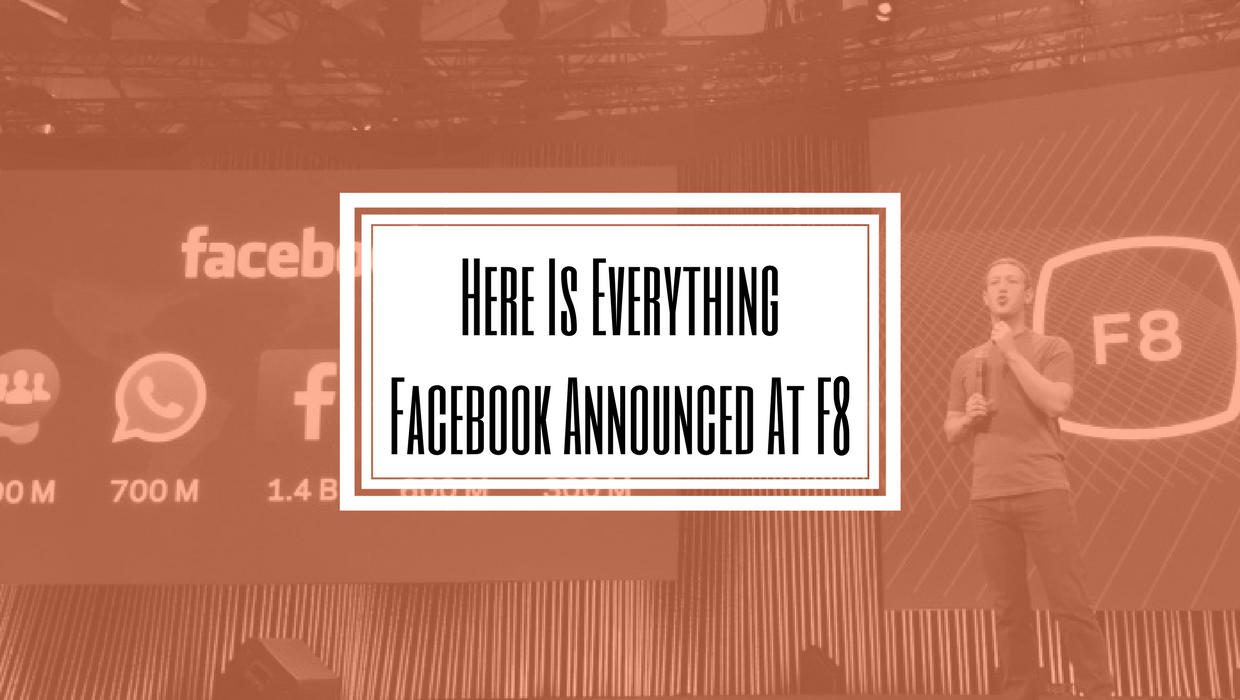 The world was paying more attention to Facebook’s annual conference than ever before. After a year rocked by scandal after scandal, from Russian meddling to data breaches, people were eager to hear what the company would say about it. While Mark Zuckerberg kept things light, skirting around most of the scandals, they did make quite a few announcements that users should know.

Facebook is finally entering the VR game. They announced the release of their Oculus Go, a standalone VR headset that is priced at $199. The price point is purposely low, in an attempt to convince people that VR can be easy and affordable.

In some ways, Facebook has always been a dating app, but now it’s official. Facebook is officially getting into the matchmaking business by building a brand new dating feature built into the app. It works and looks a lot like Tinder. Users will be able to create separate profiles from their mains ones, and the two won’t interact, to peruse romantic connections. In other words, your Facebook friends (including your parents and Grandmother) won’t be able to see what your Dating profile says, thank goodness.

We still don’t have chronological feeds, but now users can integrate other apps into the platform. You can share what you’re listing to on Spotify to your story or directly upload your new GoPro footage. Instagram will also have a new redesigned Explore page and will integrate some new AR features.

WhatsApp isn’t getting as many cool upgrades as some of Facebook’s other apps, but they did announce one exciting new update. WhatsApp already offers video chats, but now the app will support group video calls. Users can also video chat with friends through Instagram.

More people are using Messenger every day, including businesses. Facebook is redesigning the app to improve interactions between customers and brands by introducing a new Customer Chat plug-in. Facebook is also starting to focus more on multi-languages, by offering a real-time translator within the app. It’s only for English and Spanish for right now but they will expand to more languages soon.

Zuckerberg didn’t say much about privacy and security, but there was one huge announcement made that should make users happy. Although they’re rather reluctant to admit this (and Zuckerberg skirted around stating it during his Senate testimony), Facebook tracks what users do on sites outside of their platform. When users were allowed to download their data many people noticed this information was suspiciously left off.

Don’t worry though, because Facebook announced they’re launching a “Clear History” feature. Users can soon clear all their browsing data that the company had collected. They also reiterated their commitment to fighting “fake news”, but we’ve heard that before so let’s see what actually happens this time.