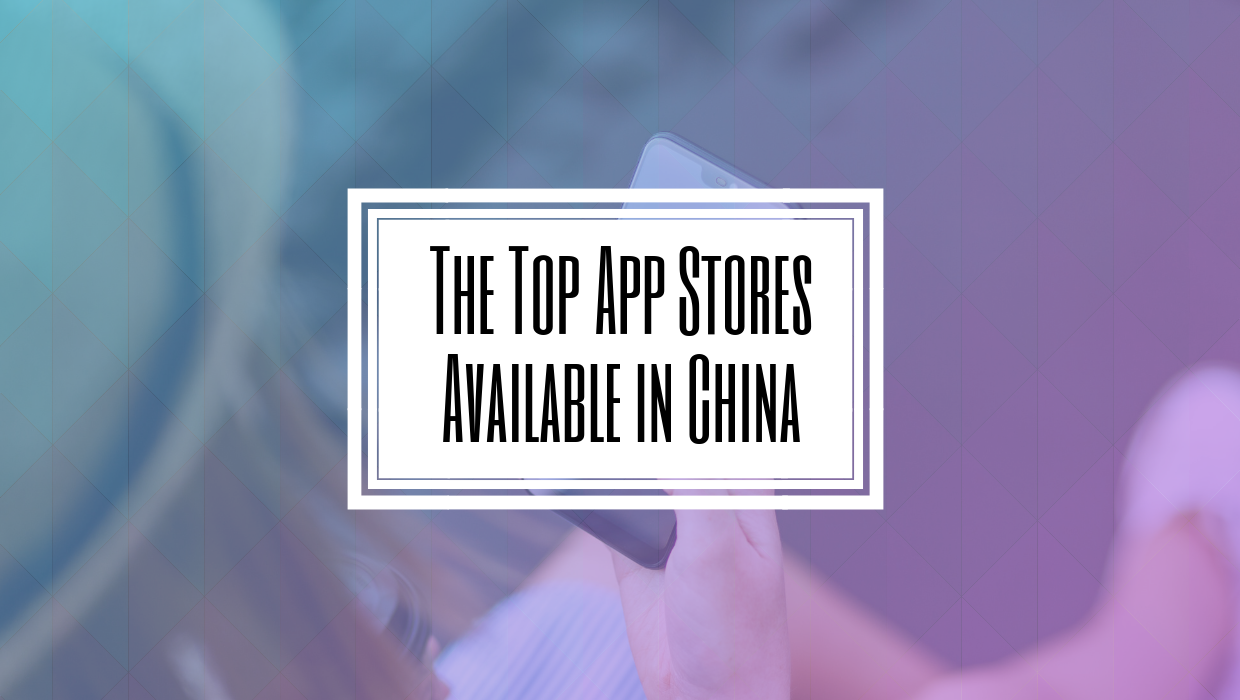 Almost everyone has a mobile phone today, and when it comes to mobile usage China tops the market. It’s not surprising then that app developers want to launch their apps in the country. The mobile app store situation is a bit different in China though due to censorship laws. While the Apple App Store and Google’s Play Store dominate the western app store market, China has its own top app stores. Here are the top app stores that app developers should know about if they want to market it within China.

Tencent is one of the largest tech companies in China, behind popular apps such as WeChat and QQ. It’s no surprise then that the Tencent MyApp store is the most popular. It has over 270 million monthly active users and is the number 1 App store in China currently.
Official Website: https://android.myapp.com/

Oppo is a major electronics maker in China, known for its smartphones, Blu-ray players, and other electronic devices. Their Oppo app store has grown in popularity in recent years. They have around 125 million active monthly users and is currently the second largest Chinese app store.

Huawei has been in the news a lot lately, although not always for the right things. They’re one of the largest Chinese telecommunications companies. Their smartphones have become incredibly popular in China lately, and their app store has also grown. They now have around 122 million monthly active users.

360 Mobile Assistant is a Chinese app store developed by Qihoo 360. Qihoo 360 is a major Chinese Internet security company that also has a popular web browser used by many. 360 Mobile Assistant use to be the second most popular app store, but it has since been passed by Oppo and Huawei’s app stores. It’s still a major player though, and one of the most popular app stores in China with around 102 million active users a month.

Xiaomi is a popular Chinese company that manufactures consumer electronics such as smartphones, mobile apps, laptops, and more. On all of Xiaomi’s phones, their app store is the default app store. This makes it one of the most popular ones with around 87 million monthly active users.

When it comes to search engines in China, Baidu is king. Even before Google left the Chinese market in 2010, Baidu held the market share. In addition to having the most popular search engine, they also have an app store called Baidu Mobile Assistant, which gets about 81 million active users a month.

VIVO is another Chinese consumer electronics company that makes smartphones, software, phone accessories, and provides online services. BBK Electronics is its parent company, which also owns Oppo and OnePlus. VIVO app store is the default store installed on all VIVO phones sold in China, which earns it around 69 million monthly active users.

It’s impossible to discuss tech companies in China without mentioning Alibaba. Alibaba is a tech giant, and they’re extended their reach with PP Assistant, a Chinese app store. This app store has an Android version and two app stores for iOS, one for jailbroken iPhones and one for non-jailbroken iPhones. They have around 25 million monthly active users.

China Mobile is the state-owned telecom company in China that provides mobile services across the country. China Mobile also has its own Chinese app store. It’s not the most popular, but it does get a respectable 25 million monthly active users. It’s worth mentioning that they take a 30% share of revenue.

Anzhi Market has been around for a while, and it has an active community that allows members to rate and discuss Android apps. It’s one of the top 10 Chinese app stores with around 25 million monthly active users.

In addition to the top 10 Chinese app stores, here are a few other popular ones:

In the United States and Canada, there are really only two major app stores. For iOS phones, Apple App Store is the clear winner. For anyone looking to download an app on their iPhone or iPad, this is the place to go. Apple does actually have a Chinese version for China, but due to censorship laws, certain apps are banned. For example, almost all VPN apps are not available in China. You’ll also find the app store empty of popular western social media apps like Facebook.

In Western countries, Google’s Play Store is the top Android app store. However, it is currently blocked in China. Google left the China market back in 2010, and although there are talks of them reentering with a censored version of their search engine, so far their app store is still blocked. If you want to visit the Google Play Store in China, you’ll need a VPN.

Have any other questions about Chinese marketing for your app, website, or business? Feel free to use the chat (in the lower right) or contact form to ask us.

Have Any Questions
About Chinese Marketing?

Contact us to discuss any questions you have or learn more about how we can help you grow your business with digital marketing to China. Our digital marketing specialists can put together a comprehensive plan to target this market and substantially increase your reach.