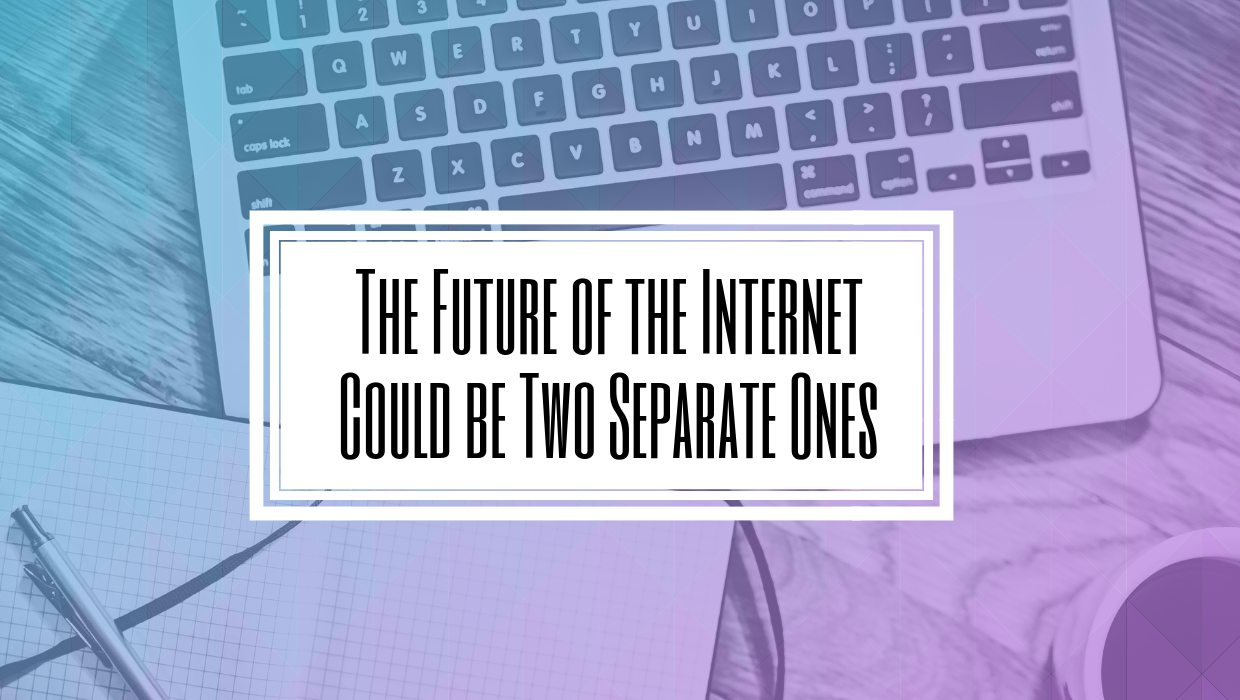 People spend a lot of time speculating about what the future of the Internet will look like. As more people question things like censorship, data protection, and personalization multiple potential paths for the web arise. According to Eric Schmidt, former CEO of Google and executive chairman of its parent company Alphabet has made his own predictions about the fate of the Internet.

Schmidt predicts that within the next decade there will be two distinctive Internets; one led by China and the other by the US.

These thoughts were shared at a private event in San Francisco held by in the investment firm Village Global VC. Economist Tyler Cowen asked Schmidt about the possibility of the Internet fragmenting into different sub-internets.

“I think the most likely scenario now is not a splintering, but rather a bifurcation into a Chinese-led internet and a non-Chinese internet led by America.

If you think of China as like ‘Oh yeah, they’re good with the Internet,’ you’re missing the point. Globalization means that they get to play too. I think you’re going to see fantastic leadership in products and services from China. There’s a real danger that along with those products and services comes a different leadership regime from government, with censorship, controls, etc.

Look at the way BRI works – their Belt and Road Initiative, which involves 60-ish countries – it’s perfectly possible those countries will begin to take on the infrastructure that China has with some loss of freedom.”

The Belt and Road Initiative that he refers to is a massive initiative by Beijing to increase China’s economic and political influence. They hope to do this by connecting and facilitating trade, including digital trade, between China and countries across Europe, Africa, Asia, and the Middle East.

These comments around two separate Internets, one led by China and one by the US, comes at an interesting time. Google has been facing backlash after it was leaked that they’re working on a censored version of their search engine for China, called Project Dragonfly.

Since the news was leaked Google has faced a massive backlash from all sides. Some Google employees have quit out of protest while thousands signed a petition calling for more transparency. Externally, human rights groups have called for Google to abandon the project and the US Senate recently grilled Google over it.

The current CEO of Google, Sundar Pichai, has said that Google has been “very open about our desire to do more in China” and that their team “has been in an exploration stage for quite a while now”. Although the leaked report of Project Dragonfly hinted that the new-censored search engine could be operational within just a few months, Pichai said that they are nowhere near launching in China.

If the Internet does split into two distinctive ones- a censored version lead by China and another led by the US- Google is well placed with a foot in both sectors. Google appears to be placing their bets on both, although with all of the backlash surrounding the censored version for China it remains to be seen if that’s a sound move.

There could potentially be a third player, the EU. The EU has been tightening regulations about the Internet the past few years. Their GDPR rules went into effect a few months ago, drastically changing how tech companies could use and gather users data. They now have a new bill on the table surrounding copyrighted materials, which could completely change how the Internet operates. It’s possible that the EU could simply influence the US-led version of the Internet, or potentially branch into a third version of their own.

For now, all we have is speculation, but it will be exciting to see what the Internet transforms into in the next few years.