It’s only been a few days since Europe’s GDPR policies went into effect. For the first few days, the only changes people saw were an influx of emails from what felt like every app, website, or platform they’ve ever used. But now people are starting to feel the real effects of these regulations.

Twitter has started locking people out of their accounts and removing them all together. And boy, are they pissed.

Why Are They Locked Out?

Due to Europe’s privacy laws, Twitter has had to make a few changes. Over the past week, the company has been suspending accounts of people who joined the platform before they were 13.

13 is the minimum age requirement to sign up for Twitter, but since users aren’t required to give their birthday it was rarely enforced, until now. Underage users who wanted to make an account either used a fake birthday or left it blank. But those that later put in their real birthdays are now facing the consequences.

Users are reporting getting emails and notifications from Twitter alerting them that they cannot access their accounts anymore. These lockouts, although unconfirmed by Twitter, are a direct result of their implementation of GDPR’s guidelines, which require an enforced minimum age requirement of at least 13.

Who’s Being Locked Out?

Interestingly, Twitter is suspending accounts of people who are of age, however, they weren’t when they originally made their account. Most of the users later went and added their birthday. Some are even accusing Twitter of trapping them, as the platform in recent days asked users to add their birthday in order to receive “balloons” on the day. 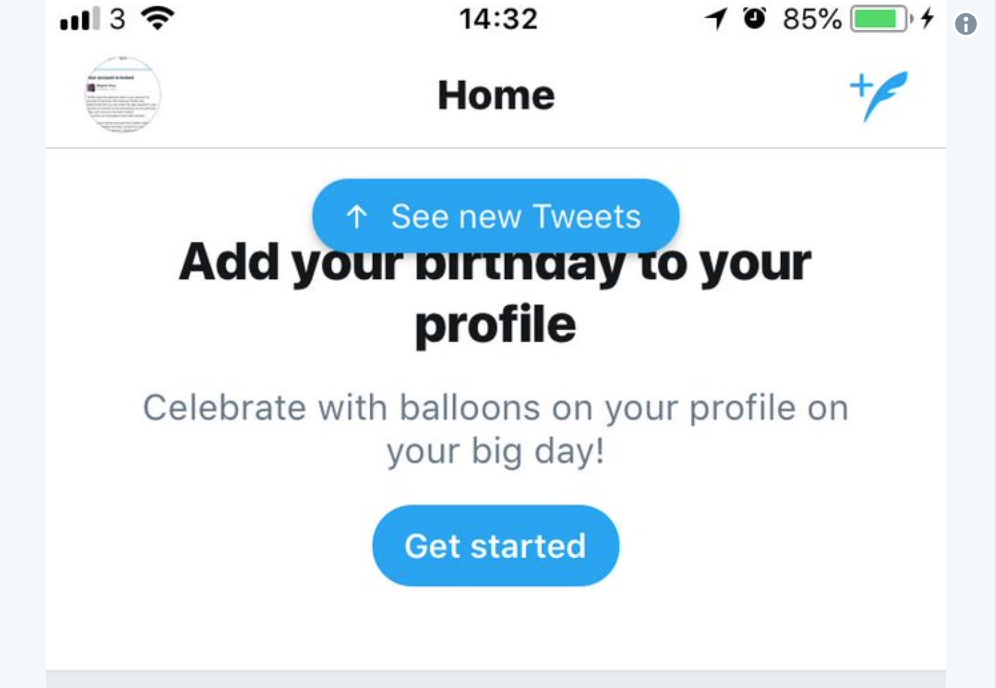 Twitter was put in a hard spot in terms of compliance, as they had to do something about the content that they knew was created by underage users. Their response appears to be a flat-out ban.

Can They Get Their Accounts Back?

Twitter not only made a bad call in suspending these accounts, but they’ve also done an incredibly poor job with communication. Users were given no warning about the lockouts, and they’ve been vague and slow to respond about how users can get their accounts back.

Some users are reporting that Twitter is asking for age verification in the form of a government ID or birth certificate. While some have regained access to their accounts that way, many other’s have been repeatedly denied, despite them now being significantly older than 13. Emails to Twitter support go largely unanswered, and their support account has been silent.

For some users, the only option appears to be starting all over again and creating a brand new account. 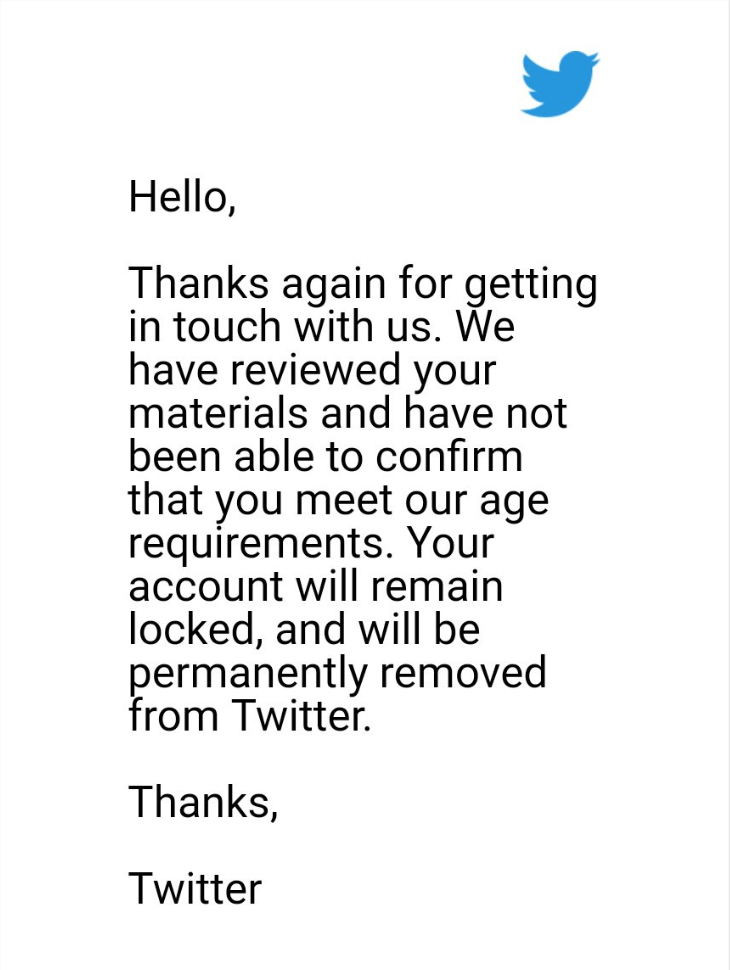 Why The Harsh Move?

On some level, it’s easy to understand why Twitter took such a strong stand. Not complying with GDPR means facing hefty fines. In the short term, fear of these violations has resulted in companies making broad policy changes in order to comply in time.

However, Twitter had ample time to address this issue and prepare for GDPR. At the very least they could have informed users of these changes. Instead, the company chose to stay silent and opaque in a move that’s not entirely unsurprising. It’s unfortunate for them though, especially considering Twitter, Facebook, and Google have been trying to be more transparent about their policies following two years of scandal. Instead, this overly aggressive approach signals to users that things are likely going to continue how they did in the past with users kept in the dark until it’s too late.

Was This The Right Move?

Twitter had to make changes in order to comply, everyone understands that. They might have even had to make this large change in order to comply, but their lack of communication is the nail in the coffin. Younger users are already using Twitter less and less (Facebook is facing a similar issue) in favor of Instagram and Snapchat. This latest move is only pushing them faster and further away.

This also serves as another reminder that even the most basic personal data we share with these companies can be used against us. Something as simple as a birthday is now biting people.

To sum it up, Twitter might have made a necessary call, but they should have learned by now that communication is key. The fact that they still haven’t learned that at this points to one thing- they just don’t care. Maybe they think users will come back, or maybe they think this won’t hurt them in the long run.