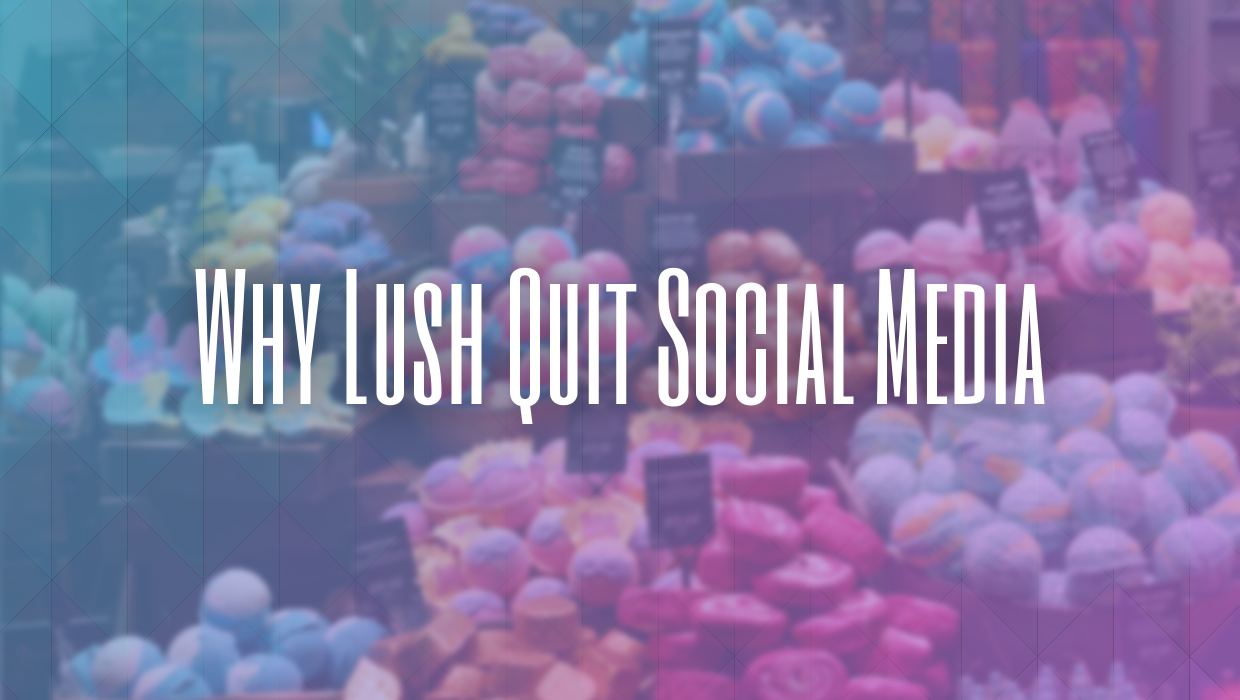 As the rest of the world geared up to launch their massive Black Friday Sales, Lush made their own startling announcement- they were quitting social media.

Lush, which is known for their soap and cosmetics, announced that they were closing its accounts on Facebook, Instagram, Snapchat, and TikTok. Social media marketing has become a vital part of many companies’ marketing and sales strategy. Lush had millions of followers across its various profile and platforms, which begs the question- why are they quitting?

Why is Lush Quitting?

In their announcement, Lush made it very clear why they were leaving social media behind- they felt the platforms did not do enough to protect users from harmful content. They stated they wouldn’t return until something changed.

The beauty retailer said it had “had enough” after the allegations of Facebook whistleblower, Frances Haugen. Haugen claimed that the company puts profit ahead of the public good, among other things.

The Lush chief digital officer, Jack Constantine, said the company would not ask customers to “meet us down a dark and dangerous alleyway”, adding that some social media platforms were “beginning to feel like places no one should be encouraged to go … Something has to change.”

Why the Move Fits the Lush Brand

In its announcement, Lush said that the company focuses on inventing products that promote self-care. However, social media platforms had become the antithesis of that. Constantine argued that social media algorithms were designed to “keep people scrolling and stop them from switching off and relaxing”.

Lush’s point is valid, and many other companies often do appear hypocritical when they push messages of self-care, mental health, sustainability, and accountability on platforms that go against that.

“When it gets to a point that our customers’ wellbeing is being put in jeopardy because of the channels on which we are trying to connect with them, then something doesn’t sit right for us,” Constantine said.

Lush isn’t the first major brand to try quitting social media. Starbucks previously toyed with the idea as well. In fact, Lush even tried quitting back in 2019, but ultimately returning citing “FOMO” (fear of missing out) as their reason for coming back.

Social media has become a valuable, and often a necessary vehicle for marketing. Instagram was expected to reach over $26 billion in US ad revenue in 2021. Many businesses rely almost entirely on social media ads and marketing to grow and sustain their business.

Quitting social media just isn’t an option for many small to medium businesses. Lush is privileged that they have this option. However, if more major brands take the step to cut out social media, these platforms may be forced to address and rectify the toxic traits on their sites.

Lush’s goodbye might just be the first of many. However, we might see them return again. It remains to be seen if even a brand this big can survive without social media. The brand did say they would return if the platforms introduced new, stronger guidelines and new laws that would protect users. Now we just wait and see.