A few years ago, voice searching one of the hottest topics in the SEO industry. People were claiming it would overtake desktop and mobile searching by 2020. As that date approaches, people are now realizing that voice searching isn’t catching on as quickly as they had expected. Data shows that voice search is making a much smaller impact on search behavior than originally predicted.

That doesn’t mean voice search isn’t being used though. More people are interacting with voice searching every day, but it’s interesting to examine who, what, where, when, and why people are using it.

Who is Using Voice Search? 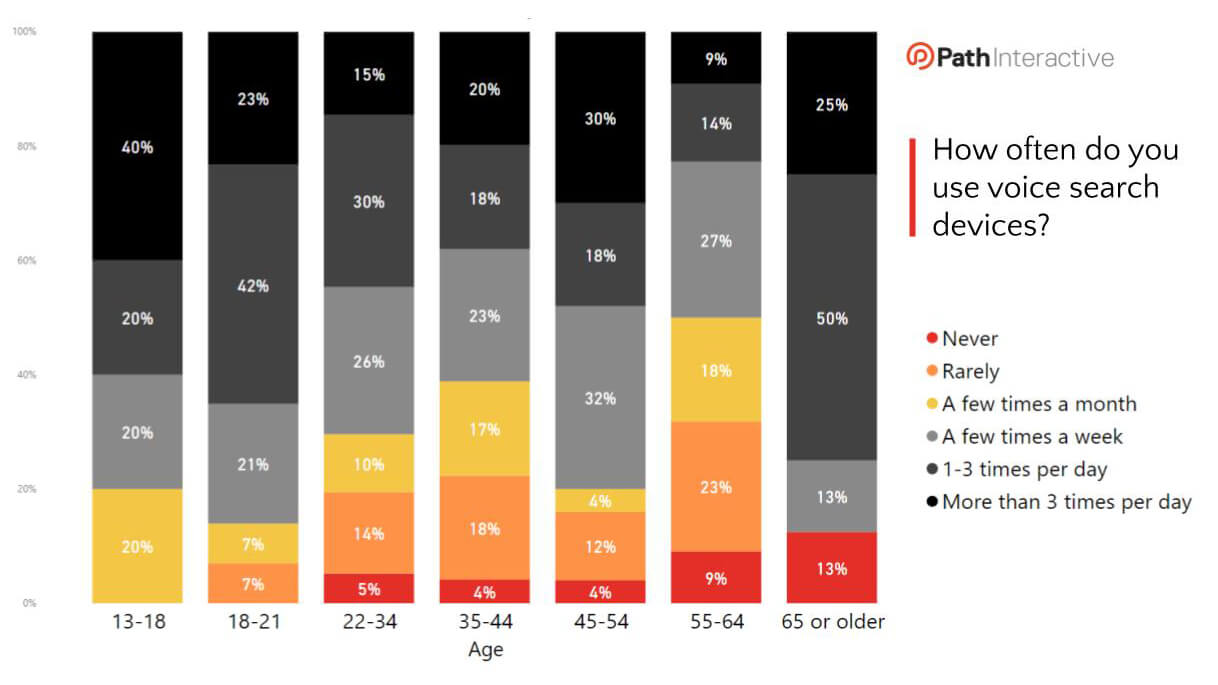 What are People Voice Searching for?

For companies looking to target audiences searching through voice, it’s important to understand what exactly people are searching for through this method. Long-tail searches still tend to be done on mobile or desktop search, which fits as answers to these are more complicated and may require visiting multiple sites. The majority of people reported using voice commands for home functions (such as turning off lights or playing music), keeping track of schedules or setting reminders, and asking for information about people, places and things. Generally, people use voice search for simple searches such as business hours or for simple life tasks such as checking the weather. 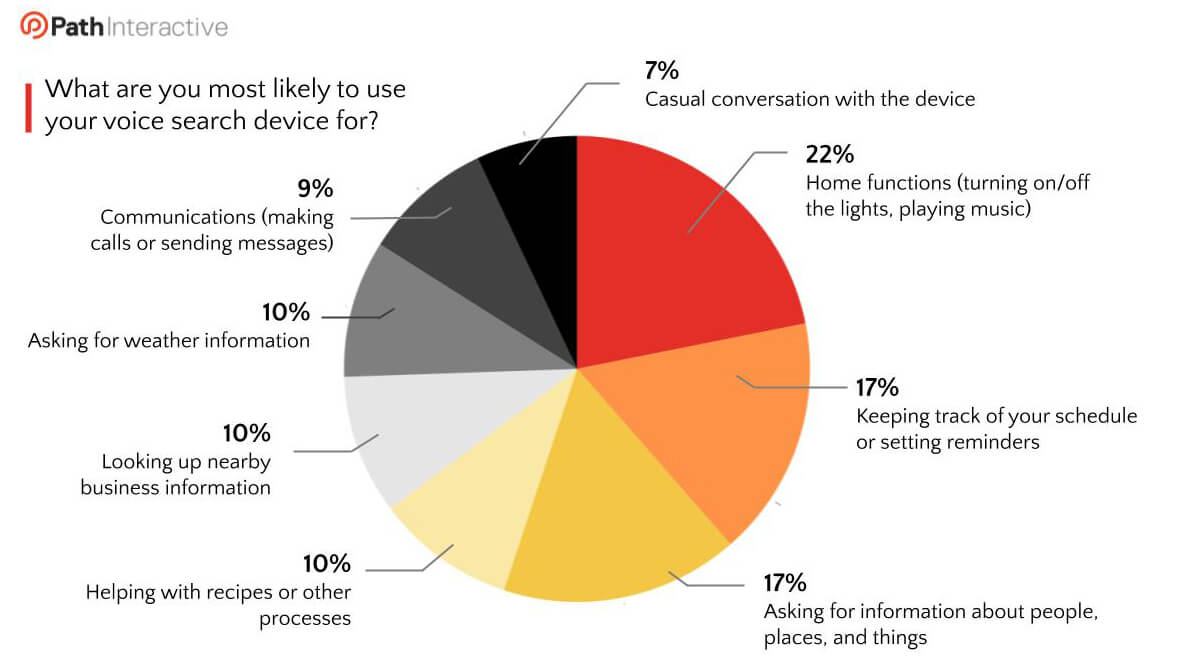 Where are People Using Voice Search?

Due to the nature of voice search, where people are actually using this search method is enlightening. Unlike type search, which can be done silently and privately, voice search is more public. This may be why 42% of people use voice search when at home or in the office, places where the general public won’t overhear them. 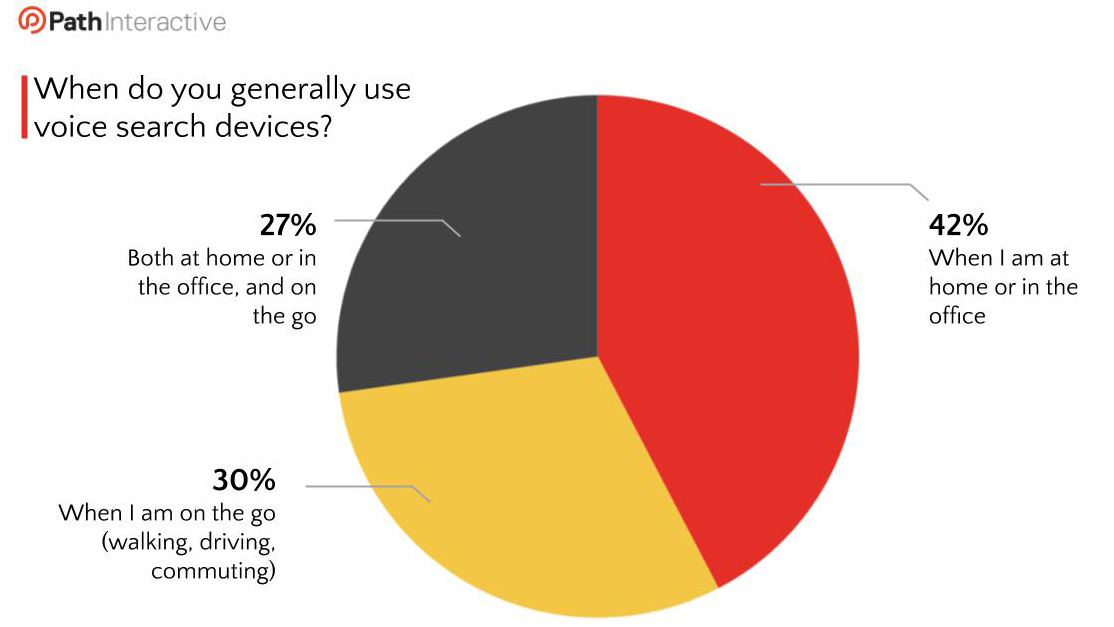 When are people Using Voice Search?

How often individuals are using voice search is telling. Age plays a major role in how often people search through voice as previously discussed. In general, data shows that most people have incorporated voice search into their day-today-lives, with 70% of people using it a few times per week at least. 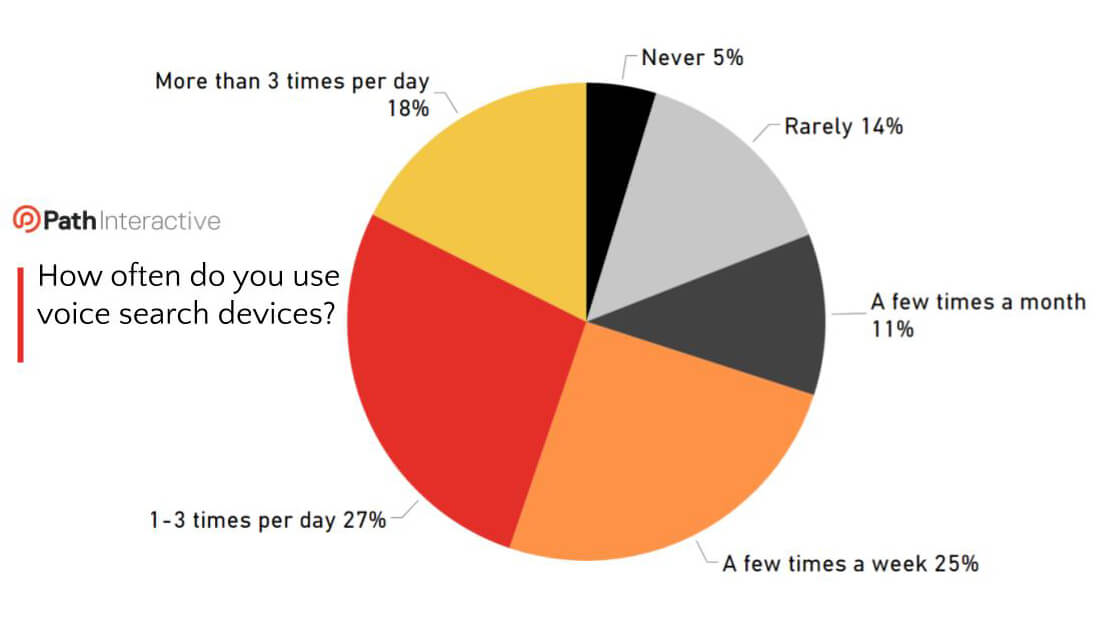 Many SEO experts have examined in depth why people are adopting voice search. The answer is clear- it’s faster, simpler, and saves users from having to dig through multiple sites to find what they want. A more interesting question is why people aren’t using it. The top frustration people had with voice search was it not understanding what they’re saying. This suggests that voice assistants and devices still need to understand the complexities of natural language. As AI progresses, this will likely get better but for now, it appears to be a major hurdle. Privacy is another top concern, especially for younger generations. 79% of people stated they are at least somewhat concerned about the privacy implications of voice search devices.

How are People Searching with Voice?

When looking at how people are searching, namely what devices they’re using voice search on, it’s telling to see who holds the market share with this technology. Google’s range of voice search devices, such as Google’s Home and Google Assistant, is by far the most used at 37%. Apple’s Siri comes in at second at 25%. Apple’s HomePod device is far less popular than others, suggesting most people who using searching Siri are doing so on an iPhone or iPad. Amazon’s Echo and other devices (Amazon’s Alexa) is in third place at 18%. 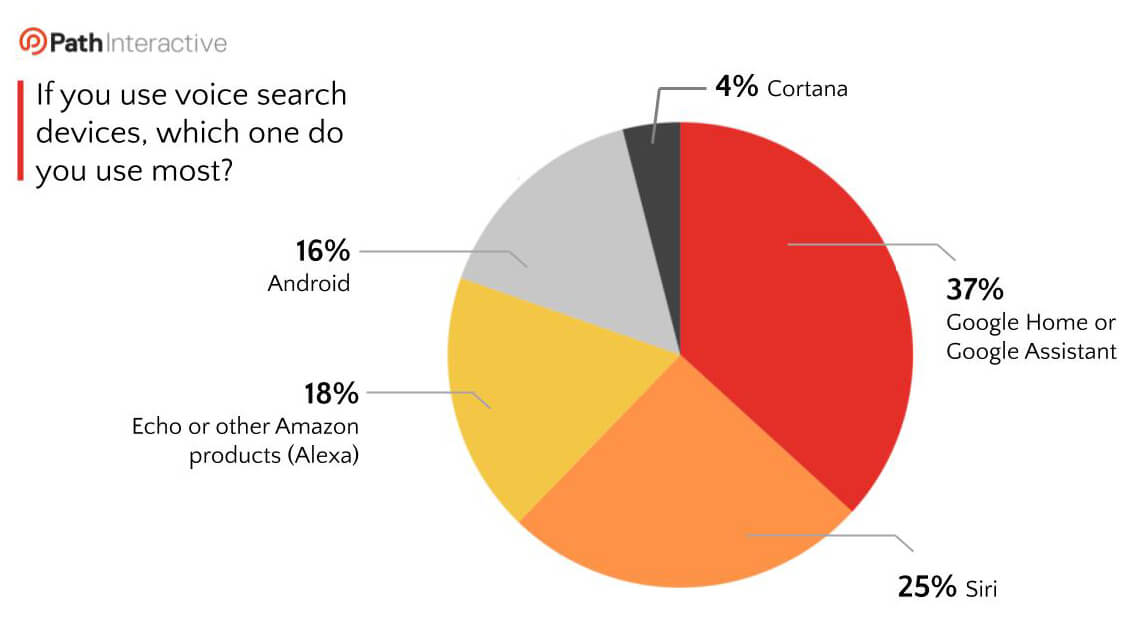 Voice search is definitely rising, especially are more people are putting smart home devices in their homes and workplaces. But issues such as lack of native language skills and privacy concerns are holding back the growth that was initially predicted. For now, from an SEO perspective, people shouldn’t be worried about voice search upending their digital marketing campaigns. Voice search is still in its infancy, but it is something businesses should keep an eye on!