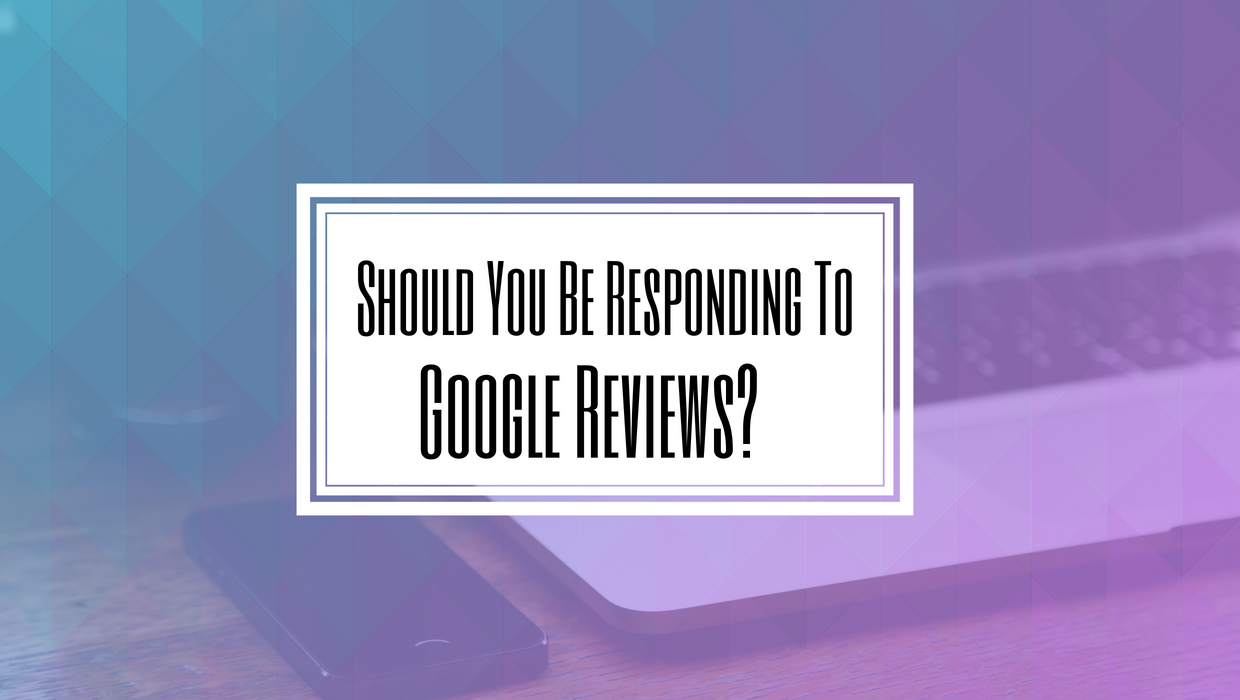 If you don’t know it yet, reviews are a vital part of how consumers form their purchasing decisions. The amount and quality of reviews, particularly Google Reviews, has a big impact on local SEO rankings. But more importantly, it has a massive impact on consumers. Whether people purchase online or in person, you can bet their journey starts at your company’s review page.

Now that reviews are so important though, it’s time to address whether or not brands should respond to reviews, and if they do which reviews?

Should Companies Respond To Negative Reviews?

Responding to a negative review makes the customer feel heard and their concerns validated. Offering some sort of compensation, like a free drink or a discount at their next visit, may also be appropriate depending on the situation. It gives the customer, and brand, another chance to have a good experience.

Should Companies Respond To Positive Reviews?

A lot of companies realized a few years ago it was a good idea to respond to negative reviews. What about positive reviews though? Those used to be a toss-up, respond if you want but it’s not necessary.

Google recently announced that they could be emailing notifications to customers when a business responds to their review. Surveys indicate that over 50% of customers now expect a response within days of reviewing a business, whether their comments were positive or negative. Now with Google’s new update, that number is expected to rise.

Do Consumers Expect A Response To Their Review?

The short answer is yes, customers do expect some sort of response from the company. Business owners might have felt like responding was something extra they could do to improve customer service or their reputation. Now business owners should look at responses as necessary and expected, not something optional or extra. Companies should now begin responding to both negative and positive reviews.

In 2017, RevLocal found that 52% of consumers expect a response within 7 days. BrightLocal also found that in 2017 owner responses was a factor consumers looked at when judging a business. Responding to reviews can be challenging though, especially if a lot of them roll in. That effort can pay off though, as brands that do a good job of responding saw an average conversion rate of 13.9%!

What Does Google’s Update Mean?

Google’s new update of notifying reviewers when a business responds signifies a few things. Firstly, it means that Google is focused on making their review section more interactive. Google has been trying to make their platform more interactive overall, with booking buttons, Q&A sections, and their Knowledge Panel features. Making reviews feel like a more two-way form of communication between companies and consumers isn’t too shocking.

Secondly, this update signified a change in consumer thinking. Reviews in the past were ways for people to vent or have their say on the matter, whether it was good or bad. Now, consumers don’t just want to be heard, they want a dialogue. This desire for dialogue is partly why Instagram and Facebook are so successful or businesses. They can communicate with their customers in ways they weren’t able to in the past. Now that two-way dialogue is extending into reviews. The good news is that companies that are used to this type of communication on other platforms should be able to translate it well onto Google Reviews.

To answer the question in our title, companies should absolutely begin responding to Google reviews, both positive and negative within a week of it appearing. Not only will this likely help with SEO, it will also go a long way with customers.