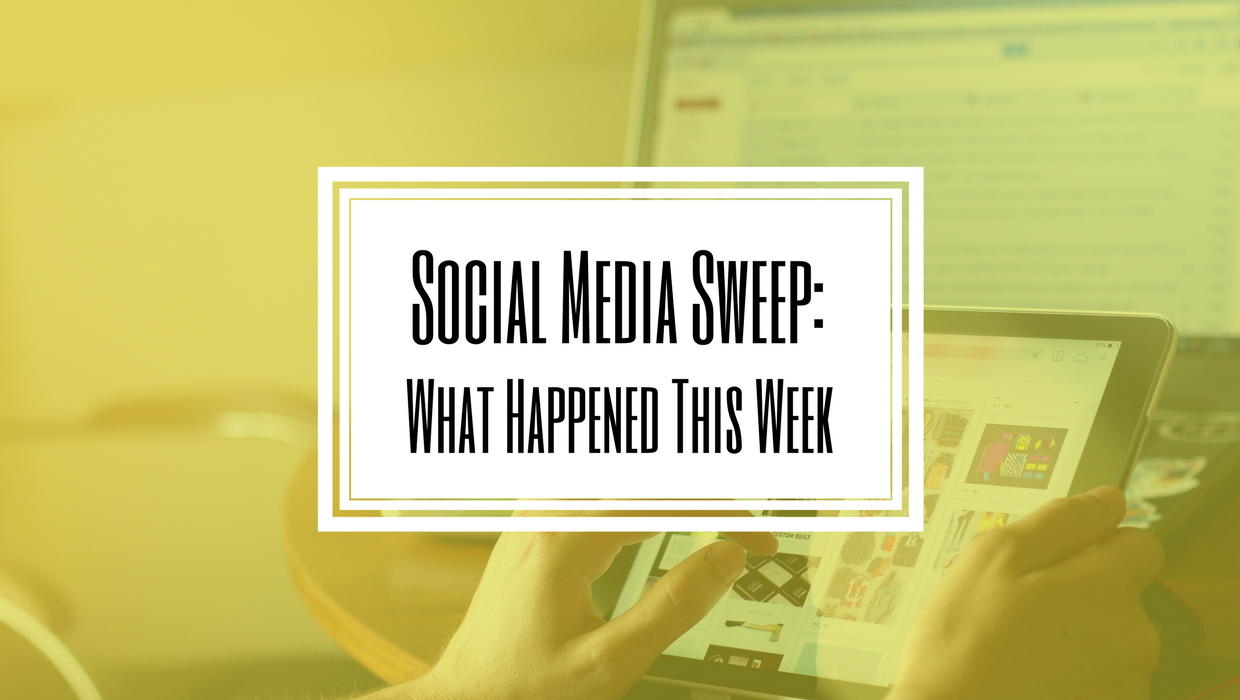 Here’s the latest news on what happened in Social Media this week:

After a steady stream of backlash for failing to police inappropriate or offensive content, YouTube has announced they’re creating an “Intelligence Desk”. It’s been described as a multi-pronged early detection initiative that is supposed to catch controversial content before it becomes an issue.

YouTube has been rocked by multiple scandals in the recent months. From failing to flag inappropriate content exploiting children to their golden child, vlogger Logan Paul’s highly controversial (and distasteful) video showing a dead body in Japan’s suicide forest. These controversies have worried advertisers, so these changes to the platform are less about appeasing users, and more about winning back the trust of advertisers.

Instagram has a new feature that lets people’s followers know when they’re “active”. The “active” status only shows up in Instagram direct messages underneath users that you’re both following and have interacted with recently. “Seen” and “typing” will also appear under too.

This new feature is similar to Facebook’s “read” receipts. Since Facebook owns Instagram the shared feature isn’t surprising. Don’t stress out about getting caught creeping though- it can easily be turned off in settings.

Unsurprisingly, Facebook’s stock took a hit. It’s been reported that Mark Zuckerberg, Facebook CEO and founder, has now lost $3.3 billion of his personal fortune as a result. Facebook’s shares are still down but don’t panic, people expect them to bounce back once this shock has settled.

Snapchat’s parent company, Snap, warned all employees that they’ll be met with jail time if any of them leak confidential company information. In the memo, Snap’s general counsel Michael O’Sullivan stated, “If you leak Snap Inc. information, you will lose your job and we will pursue any and all legal remedies against you and that’s just the start. You can face personal financial liability even if you yourself did not benefit from the leaked information.”

This warning came after multiple leaks recently. Just last week confidential metrics about some of Snapchat’s key features were revealed. It’s not surprising that the company is trying to stop it, especially considering advertisers and publishers are already weary of the stagnant user base.

The digital marketing world is constantly changing and evolving. Let us stay on top of it for you! Contact our Toronto SEO Agency to see how we can help your business stay on top of the latest SEO trends and dominate the local rankings.