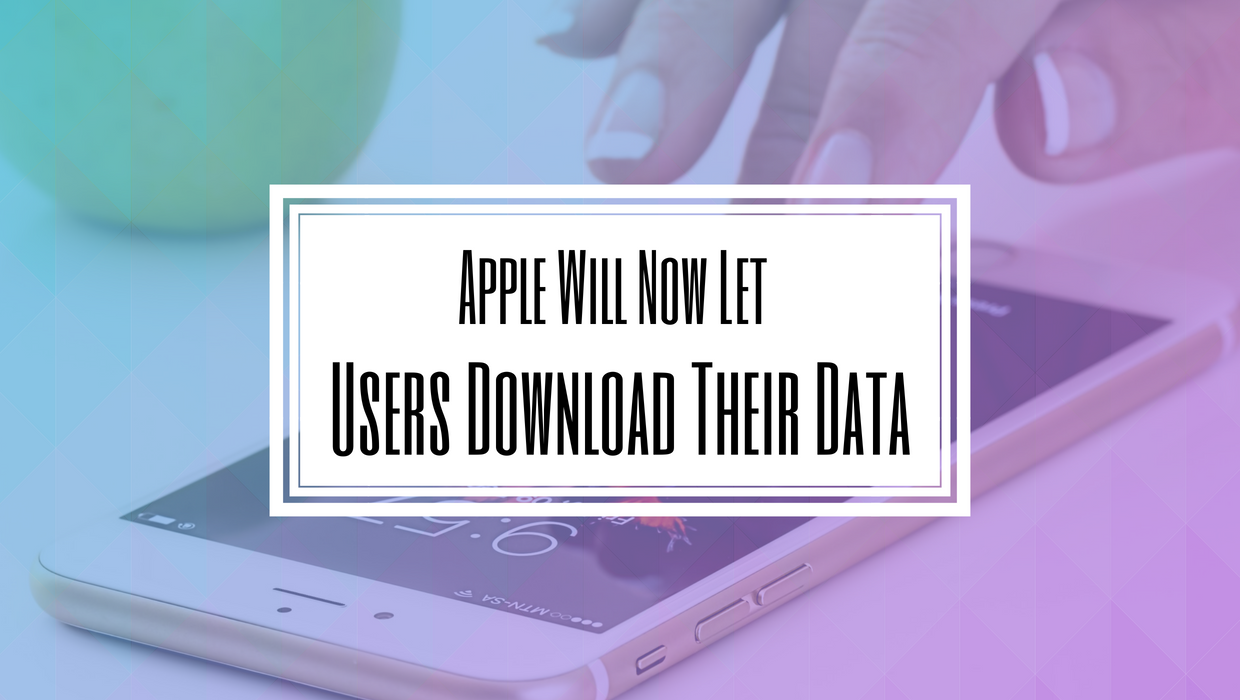 Almost every tech company is scrambling to comply with Europe’s impending new GDPR rules. From Google updating their Privacy Policy to Facebook rolling out a mind-boggling number of changes, it was only a matter of time before Apple joined. Apple just opened up a Data and Privacy site that will allow users to download all of the personal data the company has on them. It’s not exactly a surprising announcement, but there is some important information people should know.

Bad news for anyone outside of the European Union, as of right now only people with accounts in the EU, as well as Iceland, Liechtenstein, Norway, and Switzerland, can download their data. Apple is only allowing users to download their data in order to comply with the EU’s new GDPR rules, so it makes sense that those countries will get this feature first.

The good news is that Apple has made it clear it will roll this feature out globally in the future. Right now there isn’t a set timeline, but hopefully, it will be soon.

What Data Can You See

Most of the data users will be able to see will be linked to their Apple ID account and device info synced through iCloud. It will also include other user activity on Apple services like Apple Music, the App Store, AppleCare support history, and online shopping habits.

Users should expect to wait a bit before they can view their data. Apple is a company that works in many industries, such as music, e-pay, and products. The amount of data they collect can be staggering, especially for people that have multiple devices on a single iCloud account. The company warns that it could take weeks to prepare the downloads. Some content, such as iCloud Drive files, could take even longer to download. Users do have the option of downloading smaller amounts of data in chunks if they want.

What Can You Do With It

There shouldn’t be anything too shocking in users’ data set. Most of the information Apple collects is voluntarily submitted and just a collection of actions done on their platforms. However, if people do want to act on their data they should do it quickly, as Apple says they will purge it after two weeks. Users can also ask for corrections, temporarily deactivate their accounts, or even delete them entirely. Regardless of what people do with the information, just being able to review it is a nice change.

Accessing this information is straightforward. Log into your Apple account on the company’s privacy page. It should take you to a “Manage Your Data” page where users are given the option to obtain a copy of their data, correct their data, deactivate or permanently delete their accounts.

Right now, this page is only available to those within the EU and other countries mentioned above. Users in the other parts of the world will have to wait for the global rollout. They haven’t yet released an official roll-out date but did say it would be within the next few months.

What Does This Mean

Well, it doesn’t mean a whole lot. Companies like Apple, Google, Facebook and others that are allowing users to download their data, becoming more transparent, and making a whole other bunch of changes isn’t doing it out of the kindness of their hearts. It’s all to comply with Europe’s new regulations. Not complying would mean forfeiting their ability to operate in those countries, which isn’t an option for them.

Users should absolutely take advantage of these new features. They should still keep in mind though that we sacrifice our data and privacy in exchange for these services. That isn’t changing. Our data will still be collected and used to target us, but at least now we are given some more insight into what they have on us. The next step will hopefully be transparency around how that data is then used, something these tech giants have still been vague about.