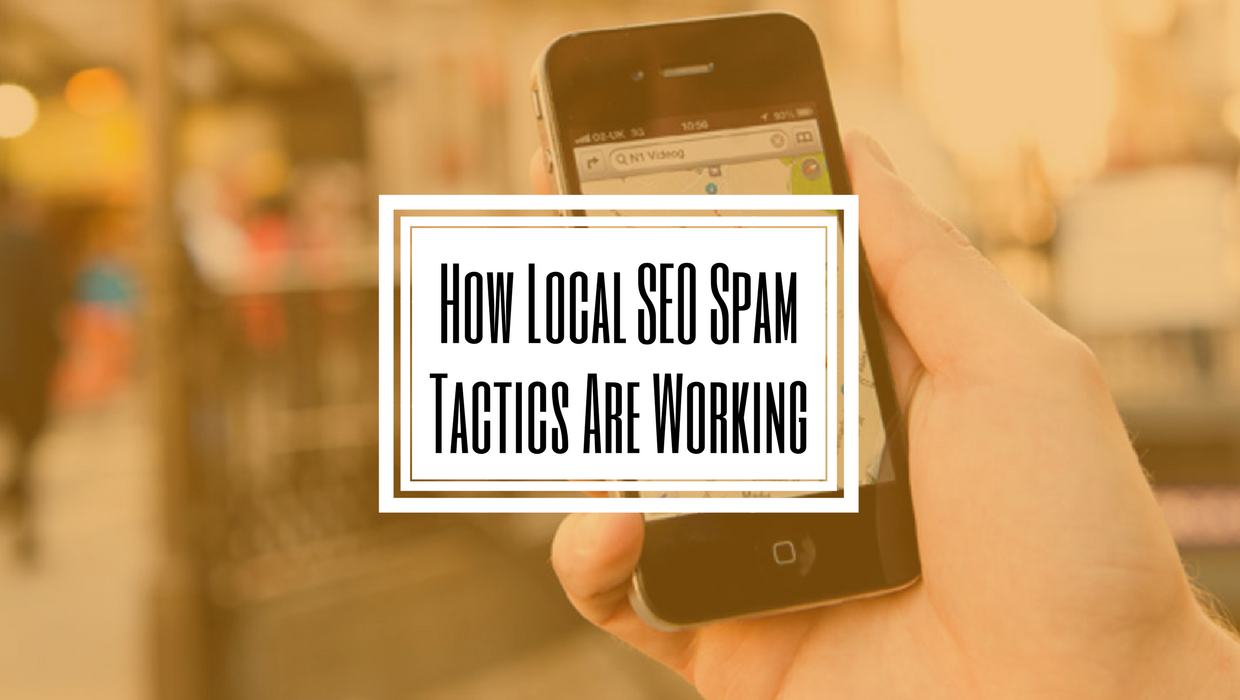 SEO companies hate talking about spam tactics. SEO and spam are often lumped together because of people taking these scam SEO shortcuts. Unfortunately, they’ve always been around and probably always be around. But the spam tactics are constantly shifting, adjusting and altering based on search engine updates and user habits, making it hard to catch them.

Local SEO is currently seeing the biggest surge of spam tactics. And as local SEO becomes more important this is becoming an increasing worry. It doesn’t help that Google is sluggish at responding and removing these spam listings. Permanent solutions haven’t been thought of yet. As of now, local SEO spam tactics are working and winning.

Users are searching for more local results these days. Instead of general inquiries, they want to know about locations near them. SEO campaigns have listened to this, adjusting their tactics. A good SEO company writes more locally targeted content, builds links between other local sites, and targets local keywords.

This will only work so well though because spam for local SEO has reached an all time high.

So what tactics are people using to scam their way to the top of local search results?

The number one way to reach the top of a local SERP appears to be stuffing your business name full of keywords. The reason this works so well is that Google puts a lot of weight on a company name. On the surface, it seems like a good thing. When a user searches for a specific company or brand name they want that to show up.

The problem is that now people are filling their names with localized keywords. If Google gives priority to businesses with locations and keyword in their names it’s easy to see why they do it. Instead of a company being “Johnson Law” it’s now “Johnson Personal Attorney Law Office Toronto”.

In many cases, these names listed on Google businesses aren’t even the company’s real name. A quick click through their site shows that they go by something different. At the very least they only recently switched it to that overstuffed version. These businesses can be reported as spam to Google but don’t expect things to happen quickly or even at all.

What’s more frustrating than a business with a fake name? A business that is completely fake. A common Google Maps spam is fake business listings. These listings aren’t real businesses under a false name, no these are completely made up.

Certain industries seem to get spammed by made up listings more than other. Plumbers and locksmiths have been hit particularly hard. It got so bad at locksmiths even banded together to sue Google. It’s ridiculously easy to tell a fake listing too. A simple phone call gives them away. But it seems Google doesn’t care.

Reviews have been playing an increasing role in how well a businesses SEO does. The more reviews, the more quality reviews, and the more positive the reviews, the higher a business will typically rank. Google has been working on their review system but it’s still incredibly easy to spam.

The two biggest methods of spamming local business reviews are through self- review and competitor shaming. Businesses will make a personal account to write positive reviews about their business, giving them a praising paragraph and a five-star rating. They also do the opposite, leaving no word but one-star rating reviews on competitor business listings in an attempt to drag them down. If you’re the competitor, it can be hard to get these spam reviews removed too.

What Can Be Done?

As a legitimate SEO company, it can be frustrating to see businesses getting ahead by taking sketchier routes. As tempting as it is to follow, don’t. Sooner or later Google will roll out an update that will severely penalize these local SEO scammers.

For right now, grit your teeth, and continue the slow but steady climb of legitimate local SEO. Continue reporting and talking about these spam listing. Google is bound to listen eventually.