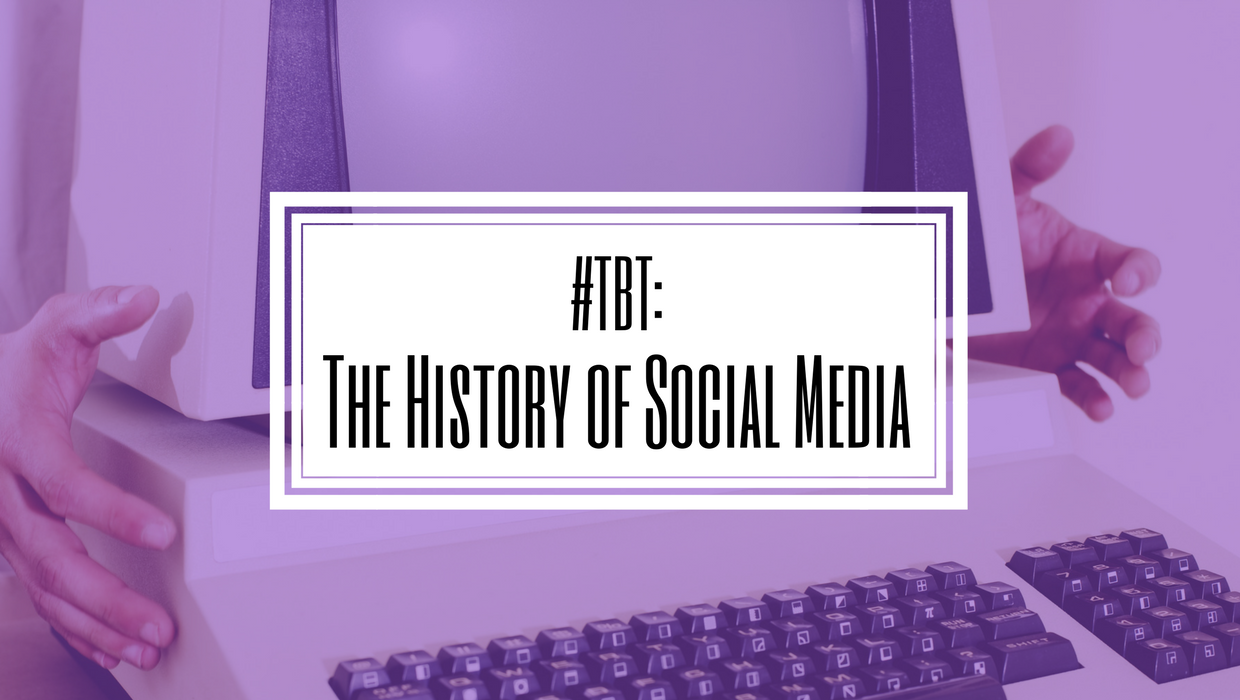 It’s amazing to think that something so new could have such a foothold in culture, society, and life already. Like any technology, the history of social media is entangled with other advancements that came before it. We wouldn’t have Facebook without the telegraph, and we wouldn’t have Instagram without the first camera. Social media is a product of other technologies, shifting culture, and a change in how people communicate.

So next time you scroll through Instagram, send a Snapchat, or cringe at whatever inaccurate and offensive post your old Uncle made on Facebook, think about the history of social media.

We’ll keep this part brief. But there are a few key technological innovations that set the path for social media to even become a thing.

It wasn’t until 1792 that the first technology for communication was invented- the telegraph. Messages could now be carried longer distanced and at faster speeds than any horse and rider of the past. Although there wasn’t a limit, most messaged were kept short. People back then would have been great at tweeting.

The last decade of the 1800s brought two very important discoveries. We’re talking about the telephone (1890) and the radio (1891). It’s pretty amazing that technology from that long ago is still used today. The versions used today are more sophisticated for sure, but the core structure of them is pretty much the same.

So how do these inventions impact social media? Well, they laid the groundwork for long distance communication technologies, services, and systems.

Of course, we can’t talk about the history of social media without discussing computers and the Internet. We went over this is more detail in our #TBT: The History of SEO– the computer was created in the 1940’s, the early forms of the Internet in the 1960’s, with an improved Internet network in the 70‘s.

By the 1980’s home computers were becoming more and more common. While there were no social media sites yet, chat sites were increasingly popular, especially in the 1990’s.

Finally, in 1997, the era of Lisa Frank and Jelly sandals, the first social media site was born.

Six Degrees was created. It had many features that define social media sites today such as a profile and adding friends. The name was based on the “six degrees of separation” concept.

1999 was also a big year. Blogging sites became increasingly popular. Hell, without those us writing this wouldn’t be a thing. Blogging has become an integral part of social media. Most of the updates, sharing, and posts people make on social media sites is a short form version of blogs.

After blogging became huge, there was no restraining the explosion of social media. People wanted to share more than ever. Suddenly, living across the country didn’t mean you couldn’t keep friends, family, and colleagues updated on your life.

Almost as soon as it was created, it became an integral part of people’s lives. Suddenly hours were spent updating Xanga profiles, creating the perfect Myspace page, and finding the perfect Facebook profile picture.

Social media is just now aging out of adolescence, having celebrated its 20th birthday. The foothold this has in our culture isn’t likely to go anywhere anytime soon.

Millennials often receive the brunt of abuse towards social media use. The truth is that it’s a cultural phenomenon that reaches all generations, all demographics. And it continues to grow.

Social media continues to change every day. Its history is short, but its life has only just begun.