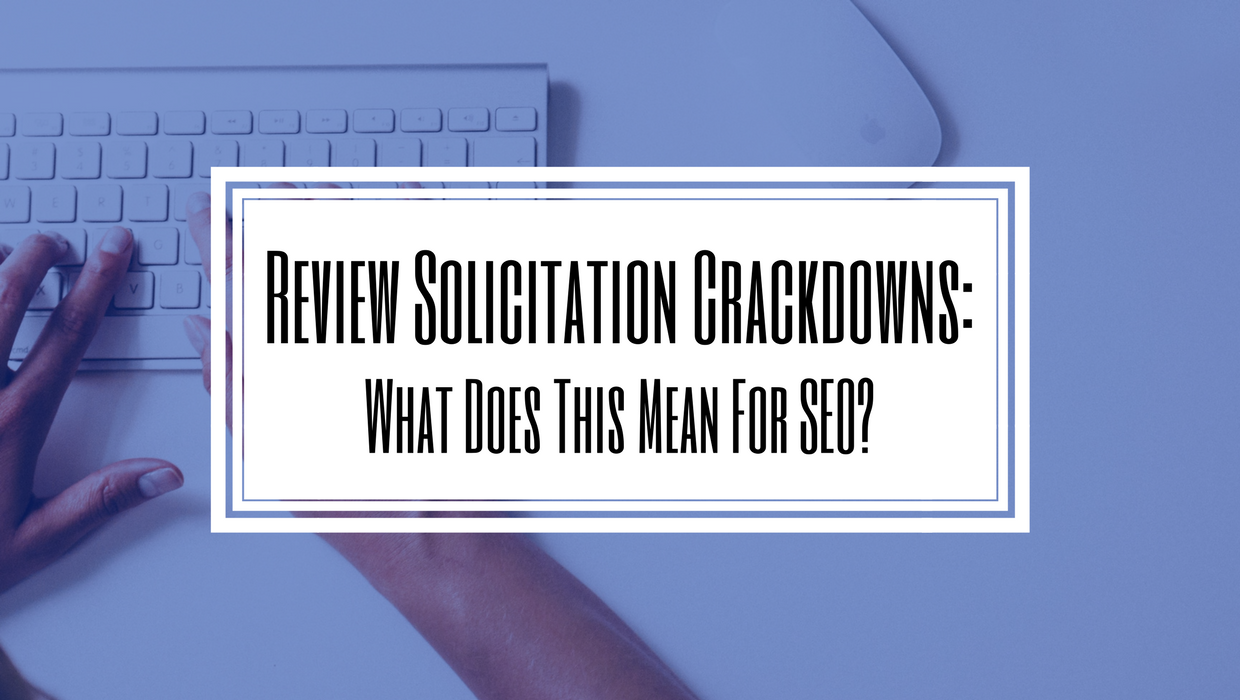 While the SEO industry is often a guessing game to figure out what helps rankings, we do know that customer reviews have an impact. Reviews have become an increasingly important part of how customers make decisions and how Google ranks businesses. This new importance created an industry of review monitoring and solicitation. But now Yelp is cracking down on these practices and if others follow this raises serious concerns.

To put it simply, the amount and quality of reviews a business has, impacts how well it is ranked in local SEO. Yelp, Google, and Facebook are the three major review platforms, but there are other ones like Bing and Superpages as well as industry-specific ones like TripAdvisor and OpenTable. Google reviews currently seem to have the most impact on Google SERP rankings, which isn’t surprising.

While buying reviews is one of those black hat SEO tricks the industry frowns upon, most people gather reviews in reputable ways. Companies may ask customers to review their business through emails, after they’ve made a purchase, or by running contests (for example, leave a review, like our page, and enter to win 10% off).

As reviews have become more important, businesses have branched out seeking help. Whether it’s their SEO company, social media manager, or reputation management company, businesses small and large are trying to maintain some sense of control over reviews.

It doesn’t help that as the significance of reviews goes up, so does competition. Competitors leave bad reviews of each other, owners angrily respond to negative reviews, and some even take to buying reviews or aggressively solicit for them.

Now one review platform, Yelp, has had enough.

Yelp has been trying to stop review solicitation for a while now. It seems they’re pushing back harder now though. They have some of the strongest and most extreme policies against what these practices. They frown upon asking for reviews in any form, and now it will be penalized.

Yelp has historically taken a very hard line against this behavior. It makes sense when you look at their business. Their platform rests on people trusting in the authenticity of the reviews. If that integrity is compromised, their whole business is.

Recently Yelp sent out an email to a few reputation management companies. It emphasized, again, its policies regarding asking for reviews. As they put it, the “review ecosystem” is in danger.

Yelp isn’t the only review platform that has regulations and policies against incentivizing and paying for reviews. Google’s policy says the following:

Reviews are most valuable when they are honest and unbiased. If you own or work at a place, please don’t review your own business or employer. Don’t offer or accept money, products, or services to write reviews for a business or to write negative reviews about a competitor. If you’re a business owner, don’t set up review stations or kiosks at your place of business just to ask for reviews written at your place of business.

However, Google isn’t known for being reliable when it comes to reviews. Sketchy SEO companies successfully hack the algorithm every day. They post fake reviews, buy them, change their name so that it’s stuffed with keywords and therefore ranks higher. While Google will take action once these sites are reported, they don’t take the initiative themselves in most cases.

Unlike Google and other platforms, Yelp has a more expansive and firm policy. Key items in their “don’t ask for reviews” policy include:

The phrase “don’t ask” is key here. By using it Yelp is going further than any other platform. It also advises businesses on the platform not to work with third-party review solicitors.

It’s not just their own platform now. Yelp’s crackdown has spread. The company explained that if a partner or user were soliciting reviews, on Yelp or any other platforms, the company would try to persuade them to stop. If that fails they’ll take action by discontinuing access to the platform.

Yelp has a very black and white view of review solicitation. While it’s understandably a threat to their business model, a full ban on asking for reviews seems unrealistic. A crackdown on review solicitation businesses is sound, especially the unethical ones. But reviews are one of the few tools small businesses have to compete against the big guns.

Right now it appears as if the only way to continue to operate is to follow Yelp’s rules. The more realistic outcome though will be businesses continuing to ask for businesses- just doing it behind Yelp’s back. The SEO industry has had to be adaptable to survive. This won’t change.