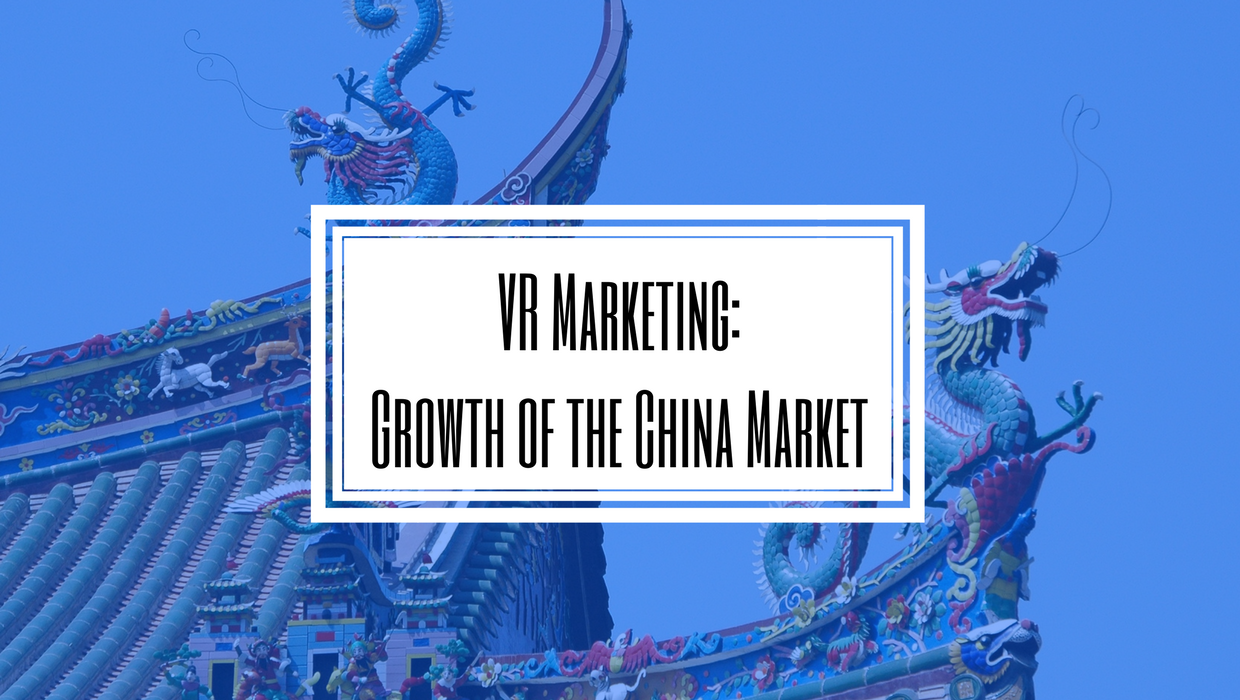 Virtual reality is nothing new, we’ve been hearing about it here in Canada and the US for years now. What was first a cool piece of fad technology has started to finally blossom in legitimate means for both entertainment and marketing. However, the adoption of virtual reality marketing has been rather slow, especially compared to what’s been going on in China.

One of the top indicators about the growing VR market in China is their level of investment in these companies. China is investing heavily in virtual reality marketing, entertainment, infrastructure, content, and hardware. One company, NextVR recently announced that Chinese investors have provided tens of millions of dollars in funding. VR apps are also benefiting from funding from Chinese investors.

As a result of this investing, tech companies have taken notice of China. Some companies are setting up joint ventures to bring cinematic VR to China. Others, like Nokia, are beginning to sell VR cameras and equipment in Asian countries.

What is different in China that is allowing for this rapid growth and expansion that has yet to happen in North America and Europe? One reason is the market types. Western regions have more traditional markets, while China’s is more open and dynamic.

A big reason though is the desire in China for entertainment, especially technological entertainment. Already in China, there are amusement parks, arcades, cafes and many stores in malls dedicated to virtual reality. Meanwhile, in Canada and the US, you would be hard pressed to find one store in a mall that utilizes virtual reality marketing or has it available for customers to try.

A big problem in the slow growth of virtual reality marketing in North America has always been content. There is a saturated market for headsets and VR equipment but very little in terms of content. It is no wonder when a company like McDonald’s does a virtual reality marketing campaign it’s such big news but when Nokia launched a new camera there’s no splash in the general population news pool.

China is beginning to face the same problem, but perhaps with a solution in mind. Not only is virtual reality marketing-saturated with foreign VR equipment in China but also domestically manufactured ones. A range of VR headsets and cameras are being produced internally but China is also investing in VR infrastructure. Companies are investing producing content- videos, film, games and more- for people to use both in public cafes and at home.

VR is not just expanding in terms of entertainment in China. Virtual reality marketing is booming in multiple other fields. China has adopted the use of it in real estate tours much how it is used in the US already. They’re also starting to explore how it can be used in large commerce platforms like Amazon and Alibaba.

China has something the US, Canada, and European countries don’t either. For better or worse, the Chinese government is more involved and invested in the technological expansion of its country. With this kind of potential government backing, VR can expand at an even more rapid rate. The use of virtual reality in education or tourism could be huge.

Virtual reality marketing is a slow burner here in North America. Its growth is steady but slow. The current booming growth of VR marketing in China could be the push needed to speed the growth here, though. While we have a huge population of hardware, there is very little content available for people to interact with, thus there is very little reason for the general public to care much about VR marketing yet. There is no doubt that VR marketing will continue to grow both here and in China but only time will tell how quickly.